A Japanese Ceramicist in London 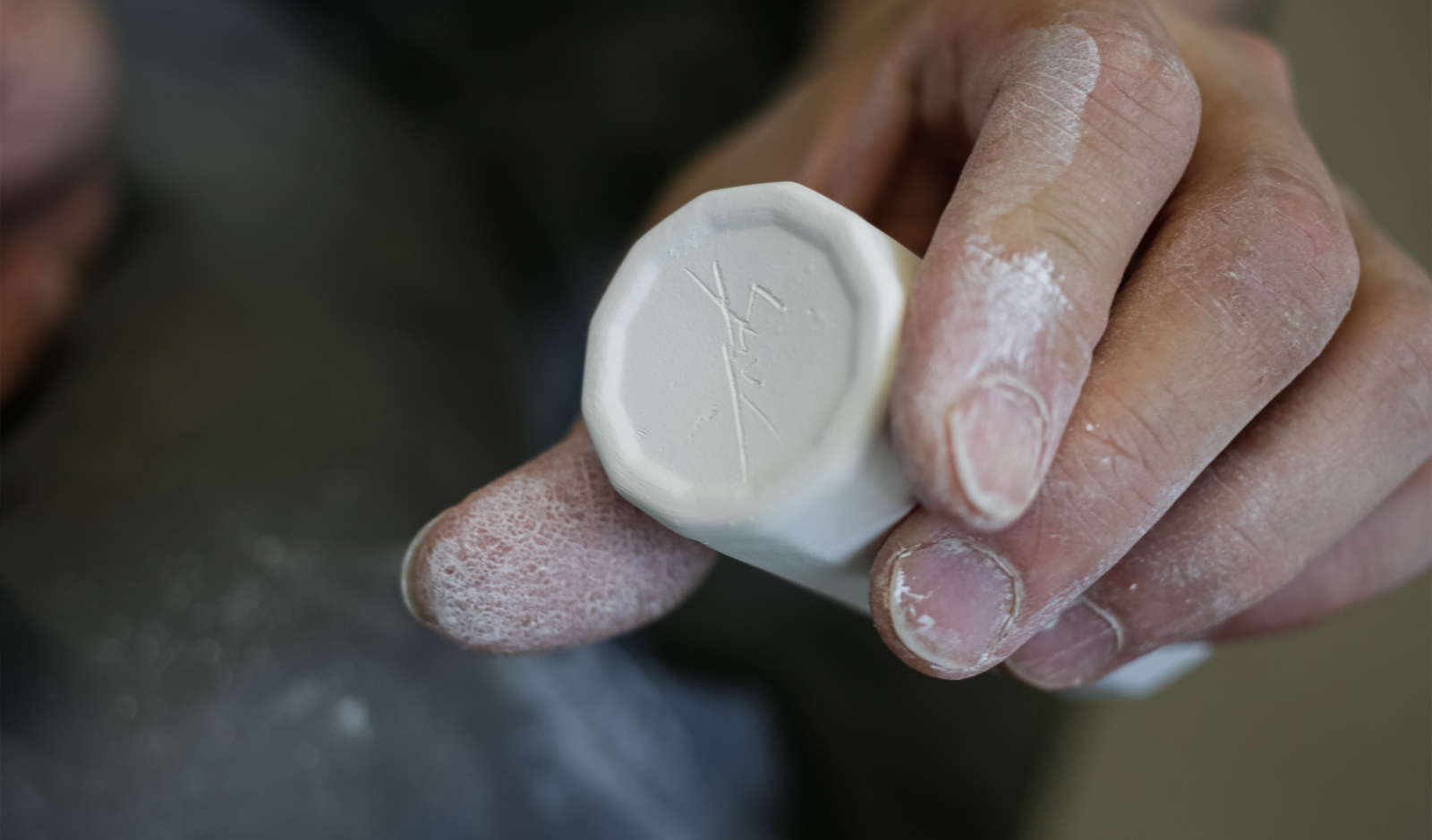 Yuta Segawa. Born and raised in Shizuoka (home to Mount Fuji), student at Camberwell College of Arts, founder of independent ceramics studio in west London, SGW Lab (named so as a play on his surname and his love to experiment, be it with techniques like body-throwing or mineral-based glaze recipes).

To his studio did our creative team journey to bear witness to the making of our Handcrafted Stem Vases – a design that Yuta told us was inspired by the colours and the markings of the courgette. “I love the…”, Yuta paused as he tried to find the word, “…ribbons.”

A breakaway from the classic glass bud vase, his small, slender stem vase is as the name suggests, crafted entirely by hand. Each design begins with one of his illustrations, before creating prototypes. For our vases, he used a 3D printer and then made just three developments before he was content with the size, the texture, the detail. The moulds he makes himself, replacing them every few months so that no definition is lost; the etching of each subtle channel (or ribbon) is teased out by his steady fingertip pressing into a small-headed tool; and the glazing is blended through his experimentation using minerals like copper oxide (to create the two green tones) and powdered stones such as potash. 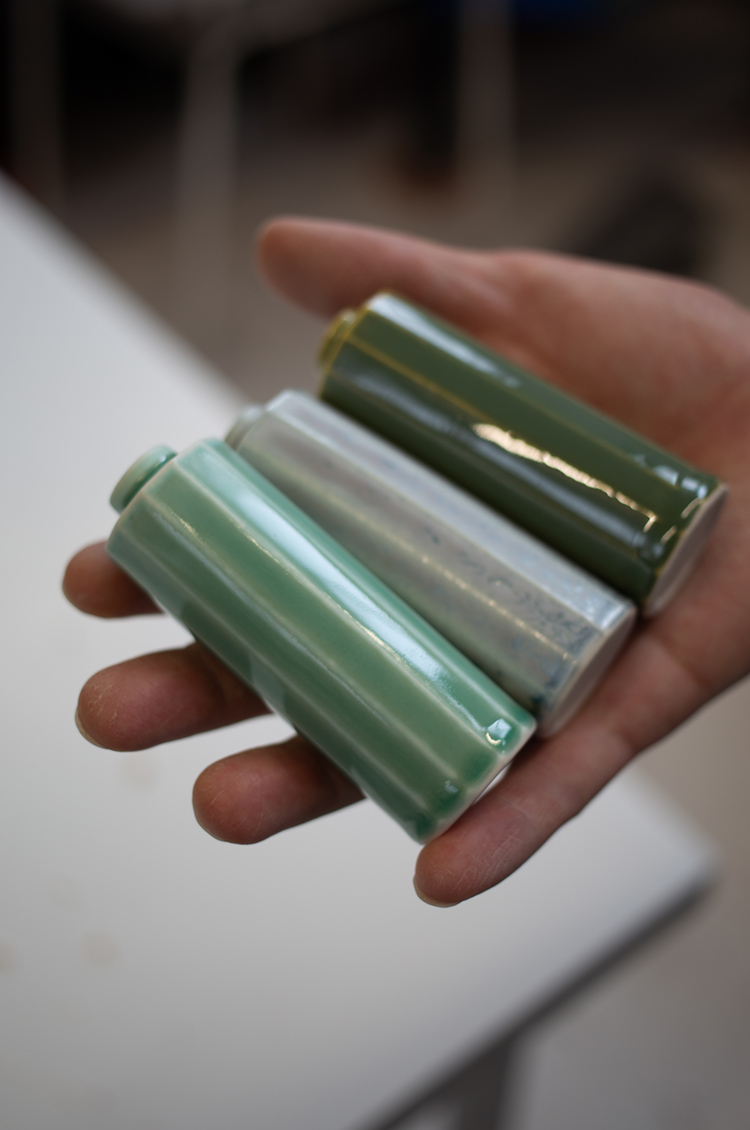 There are a total of nine steps to be seen, though he had prepared multiple renditions at different stages of their making journey as the full craft process takes a week: “many drying stages, many hours in the biscuit fire. You don’t rush,” Yuta explained. His favourite step of all is trimming, where he takes each vase off the wheel having sculpted the vase’s lip, and holds its chalky, unglazed exterior in his palm to even out the ribbons. He enjoys it because it is very delicate work and spends roughly 15 minutes perfecting, by hand, every vase. 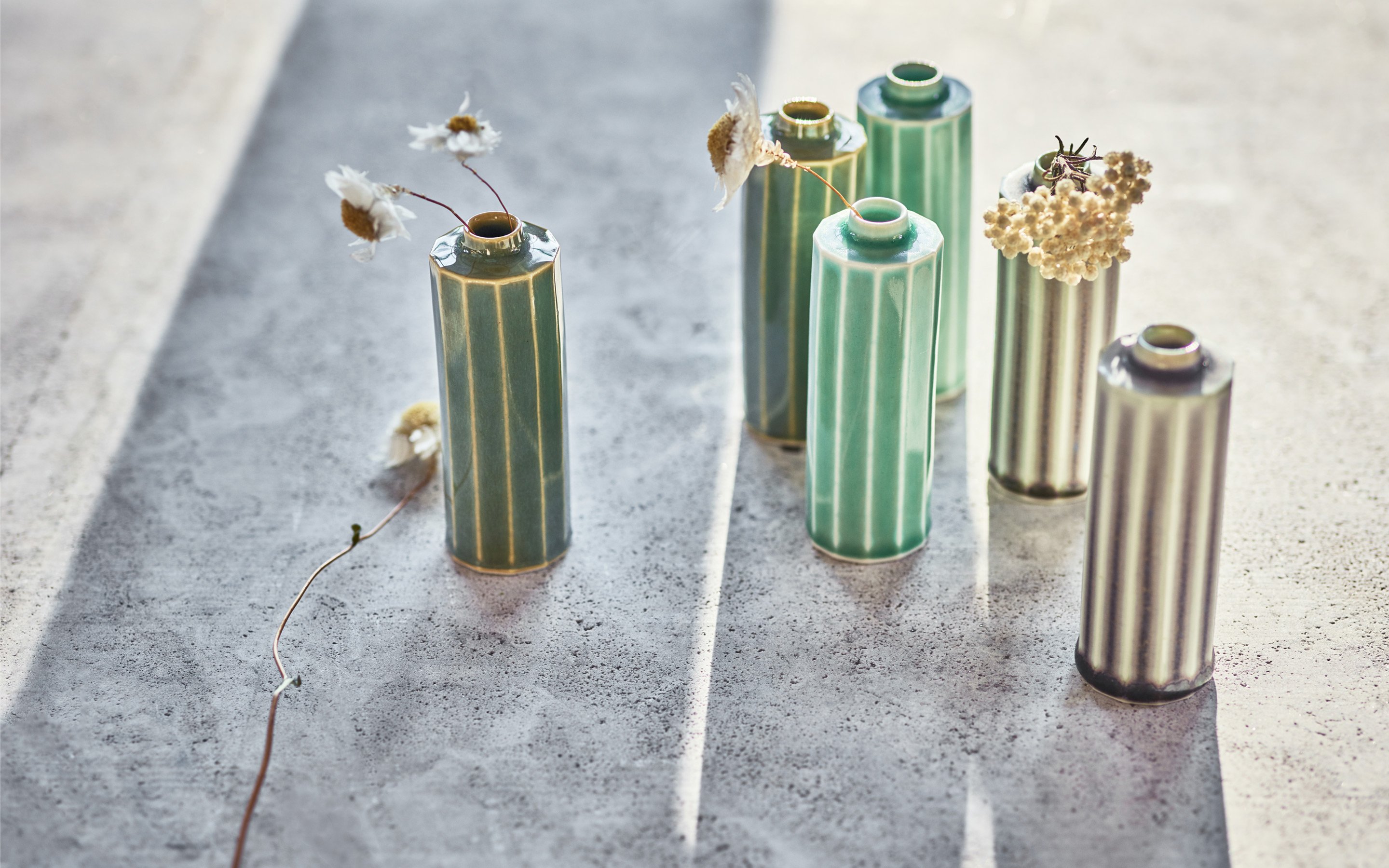 We asked what made him choose the three colours in the collection – a minted green, an olive green and a taupe-grey tone. He told us that for him, bright colours are his preference (which we realise when we see the hundreds of miniscule miniatures he has made by hand and coloured in a rainbow of vivid hues) and he had wanted to try more with using copper to create different greens. The taupe option is there for people who prefer neutrals, not for his own creative preference. We were able to see their pale grey glazed state remerge from the kiln completely transformed into glossy green with a satisfying clink as they rolled into one another as we cupped a couple each in our hands.

Before we left, we asked Yuta what his greatest motive is in design and why he set up his own studio. “Challenge myself,” he said, smiling. It is painstakingly delicate work, and while the detail seems minimal the level of craftsmanship, artistry and discipline is major indeed. A true master of his craft.