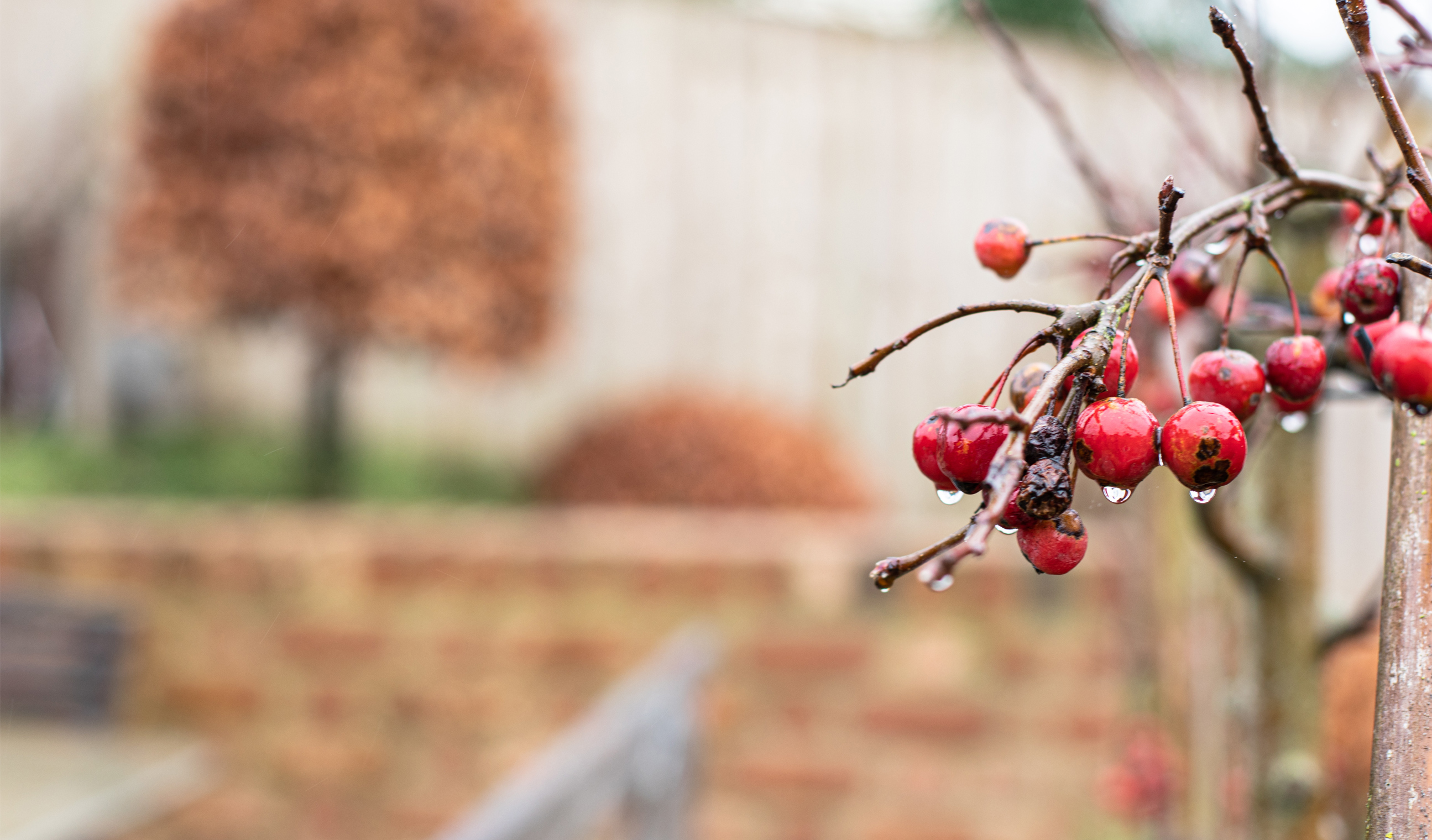 And just like that, January is here again. As you may well have noticed, I have been rather quiet in my horticultural endeavours just recently. We welcomed our second little bundle, Agnes (‘Aggie’ among friends), towards the end of the year, so the garden has taken a bit of a backseat. Still, what better time to dust off the shovels and shears than in the depths of winter? Where some feel a sense of bleakness, I feel excited to lay the foundations for things to come.

There’s a lot to celebrate at this time of year – the stillness, the absence of weeding required (even if it can feel therapeutic at times) and let’s not forget it’s the first full winter that the glasshouse has seen so there’s plenty of learning to be done too. It’s been in its full finished state for a whole nine months now and I’m really quite excited to bring it to life this year.

For now it’s all about cutting our climbing rose back – to encourage more blooms come spring – while keeping a beady eye on the hellebores out front, taking back any leaves that could be shadowing the younger flowers. For the greenhouse I've ordered a mixture of white and purple cobaeas as they're lovely climbers and an ideal companion for an empty vase indoors once picked. I've also potted a mixture of pelargoniums for some additional colour. 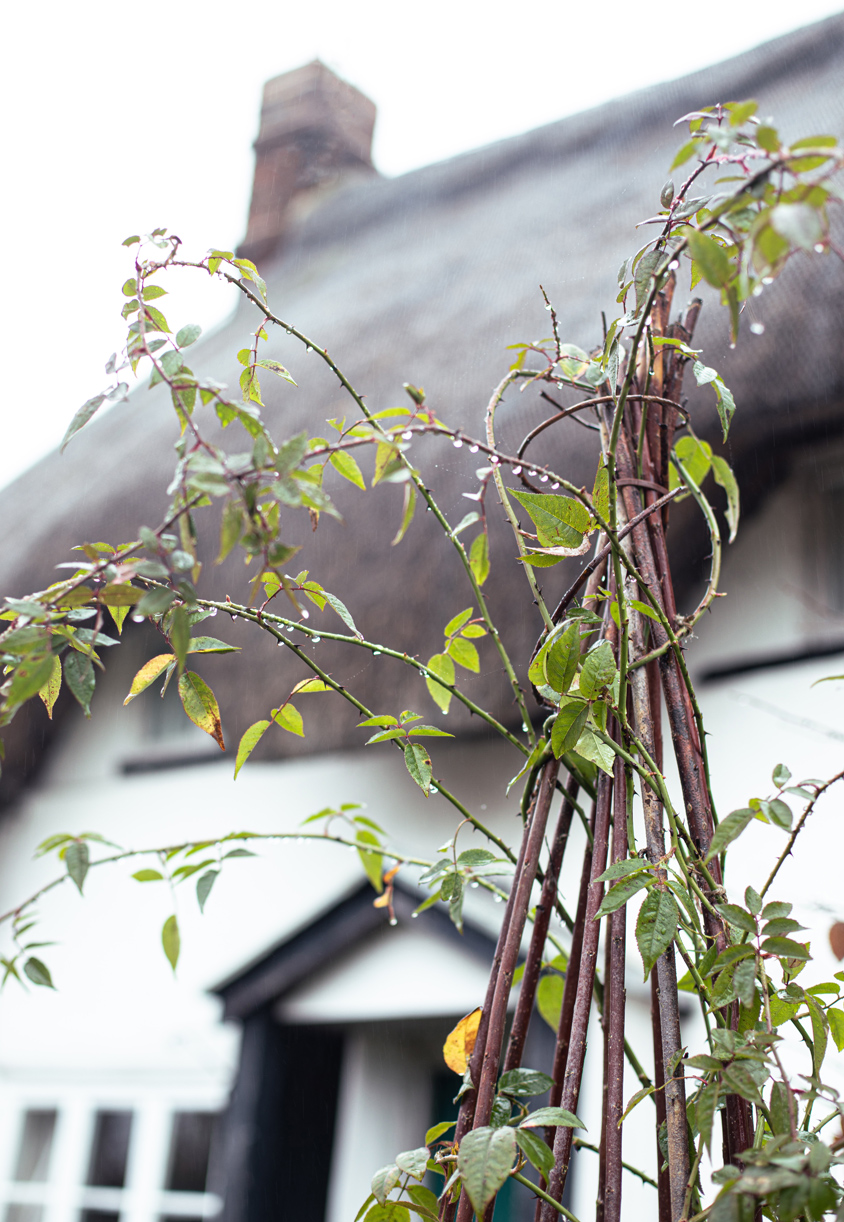 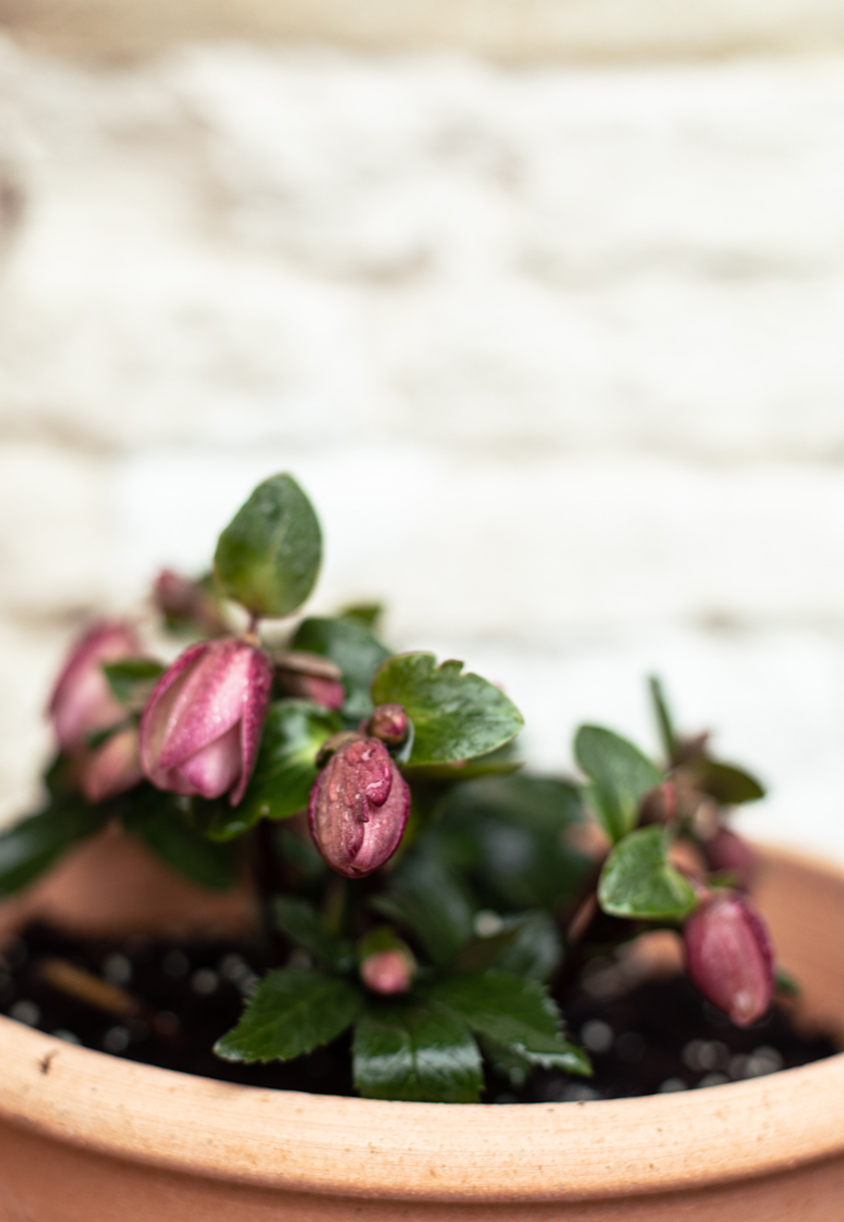 With Aggie’s arrival, I have a little garden helper attached to me at all times which means anything beyond the potting table requires a little too much bending. It’s a tad limiting so I’m focusing on the bare bones of the garden but I’m trying to make sure all of the important elements are in place.

Grasses at least leave a little structure for the winter months by creating a nice frame around the lawn and I’ve left some Agastache Black Adder in to create some contrast. The only issue is that it has become a rather nice home for the slugs who have also taken a liking to the Kale Redbor that’s still coming through nicely from the year before. Luckily it’s ready to be eaten around now though so, while removing the interest it brings to the garden, it’ll be a great addition to winter suppers and saves it from destruction. 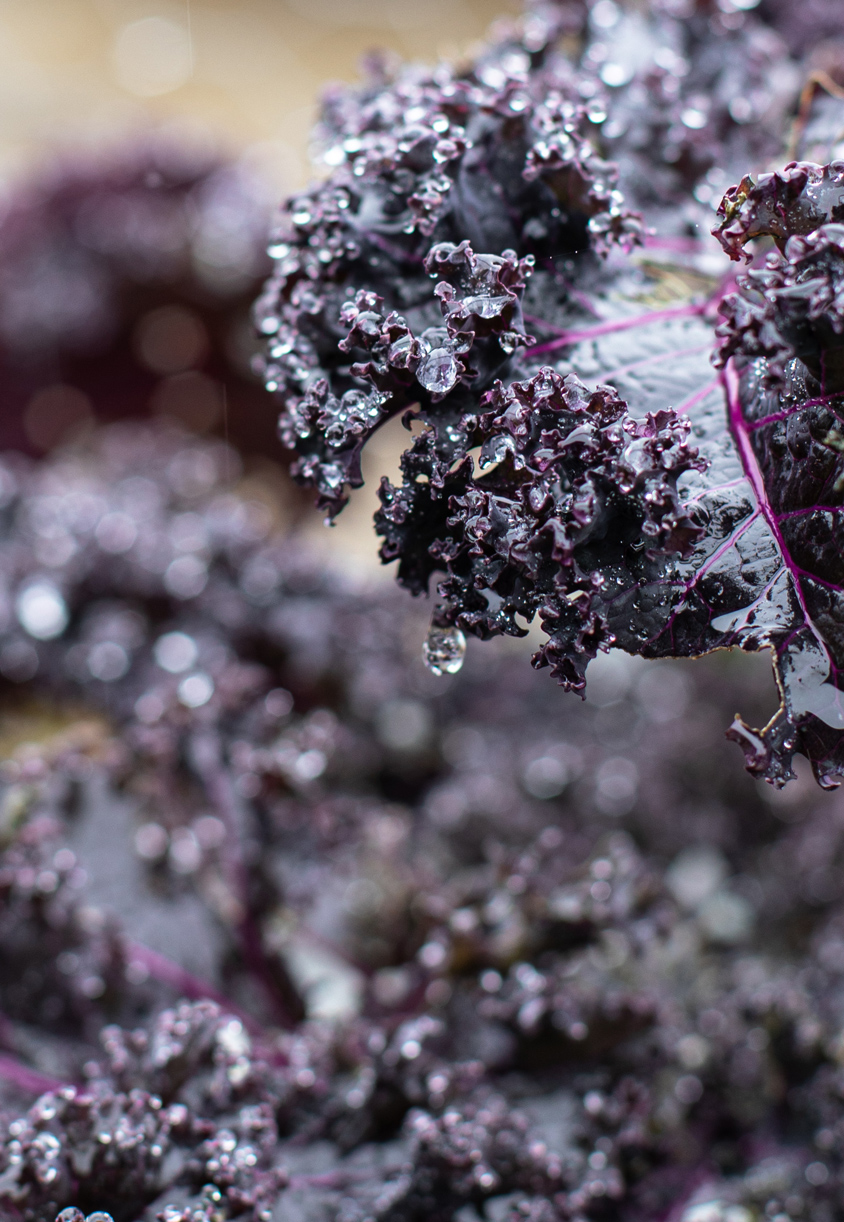 On the subject of edibles, the crab apples have a rather glorious winter colour to them now. They’re lovely for the birds when there’s little left for them in the garden at this time of year and my neighbour has harvested a bundle of them to make pots of crab apple jelly – of which I’m eagerly awaiting a sample of. The rosemary we planted at the foot of the tree last year still seems pretty happy too, and we’ve popped some tulip bulbs in to add a splash of colour.

Meanwhile I can see the beginnings of my rhubarb and walking onions waiting to come into fruition in spring. There’s some remaining foliage on the artichokes but I’m going to put some hazel mesh next to them to allow the taller flowers and plants to grow up and avoid things getting knocked over like they have done previously. Meanwhile new fennel fronds are starting to emerge since being cut back in the autumn. 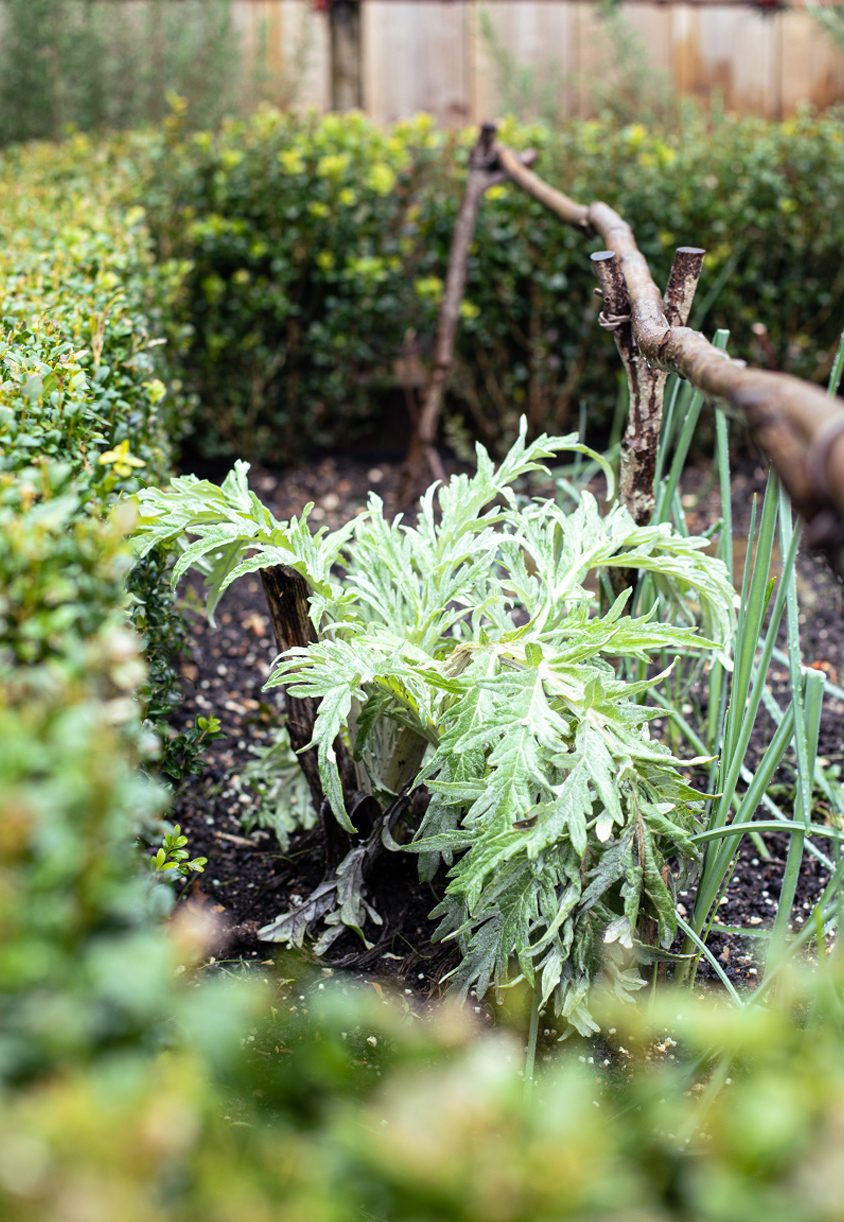 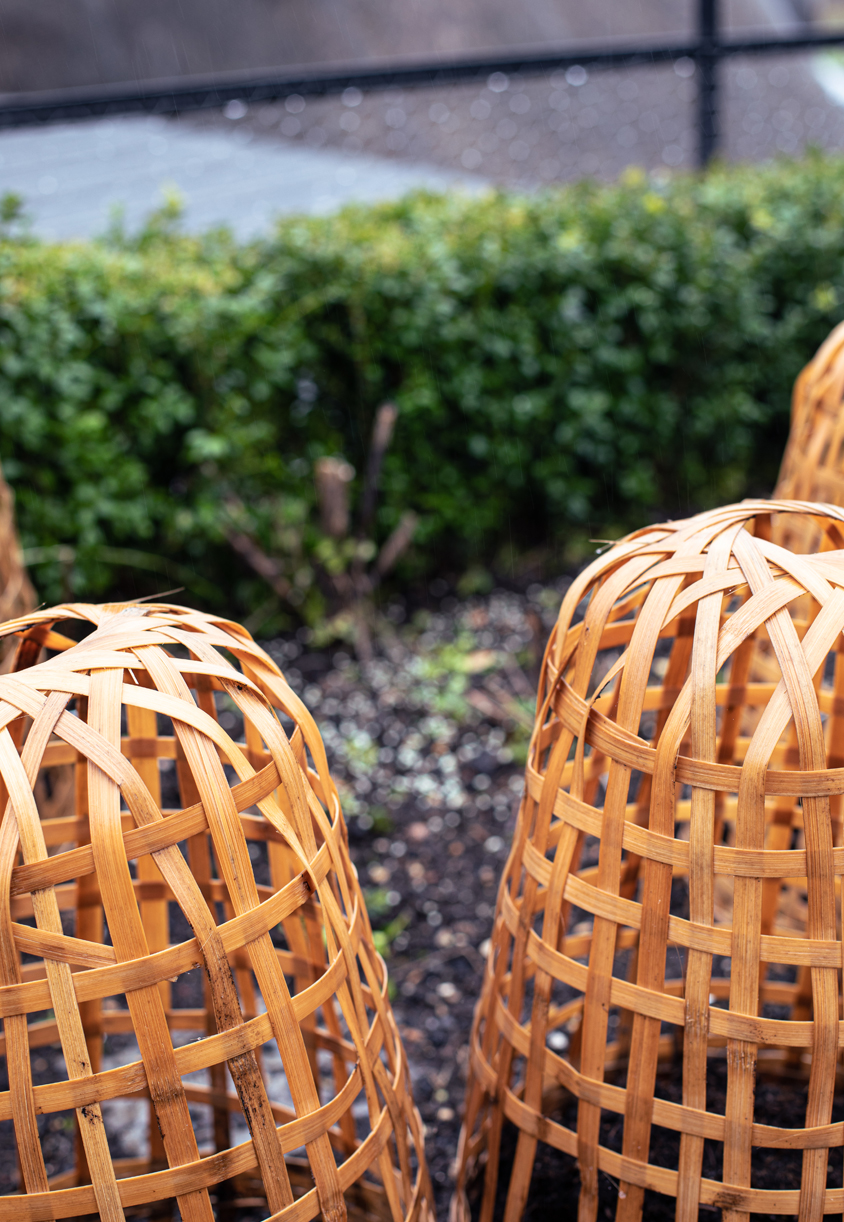 Flowers, as you may know, are my favourite thing to grow. I’ve opted for more perennials than annuals (such as dahlias and chrysanthemums) in the hope I can keep them going year after year. For the dahlias I decided to leave them in the ground again this year which is always a gamble – especially as we’ve had so much rain which can make them rot. They survived last year so I’m only hoping I can tell the same story this spring. These rather charming looking cloches help to keep the mulch intact to avoid frosts or disruption from birds so let’s keep fingers crossed that they work.

As always it’s a bit of a guessing game, and there is no predicting what nature has in store, but I think that’s all part of the charm.