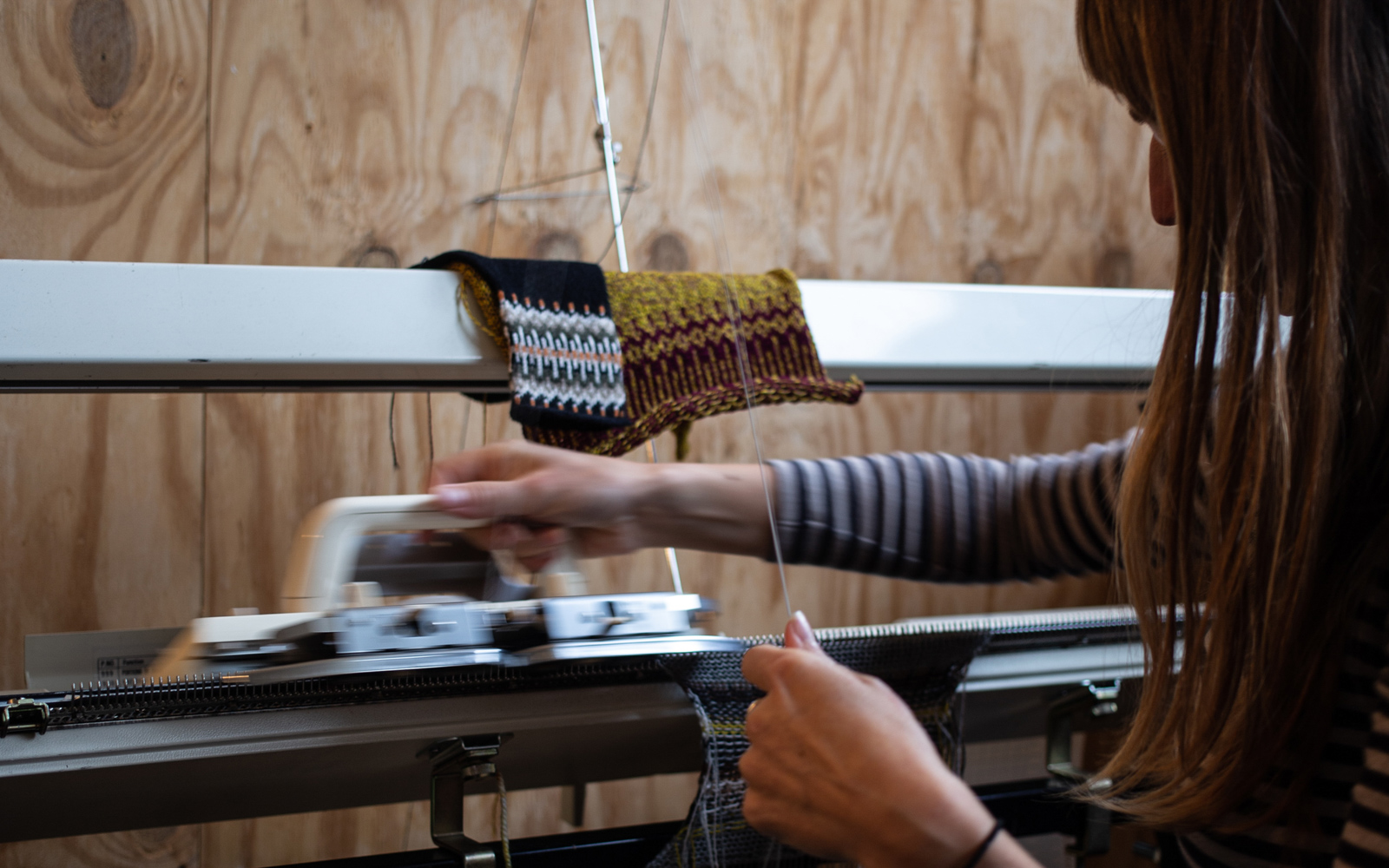 This autumn, to our network of small British makers we added many a craftsperson more, from willow weavers in Worcestershire and Cumbrian candlestick makers. Here, however, we shine a light on another of our newly discovered knitters Rose Brown, who is a designer and maker of cosy, comforting knitwear that is made using a combination of natural yarns of geelong, lambswool and cashmere, amongst others.

In early October, we travelled to her rooftop studio in Margate – a warming, plywood panelled creative space filled with an eclectic mix of mid-century furniture and an antique Deco cocktail cabinet used for serving endless mugs of tea and housing hobnobs. Together we passed a morning learning more about the story behind her brand, the way in which she weaves, and the adjustment to being a working mother to her newborn son.

Q: What brought Rose Brown the brand into being?

A: “My mum was a pattern cutter so I often think being a knitwear designer was in my blood. She taught me to make clothes when I was at school and that led me into studying textiles at Winchester School of Art where I specialised in knitwear. After that, I completed an internship at Nicole Farhi before moving into a knitwear studio where I worked as a trend forecaster and designed concept knitwear. It was all about the creative rather than the practical so there were lots of pieces at half-scale, like the front of a sweater for example, with lots of tassels and wacky Fair Isles. That freedom to explore and to make made me realise that I wanted to do this for myself, and so my own label was born.”

Q: Your pieces often seem quite geometric in theme with lots of colour. Where do your ideas come from?

A: “This probably isn’t very helpful, but they just pop into my head. I visit art galleries, go to exhibitions, spend time in spaces I find inspirational like Comme des Garçons in London’s Dover Street Market – or at least I used to when we were all allowed out! More recently I’m inspired by the coastal landscape that surrounds me – and just absorb whatever I can so that I can let my mind go wild.” 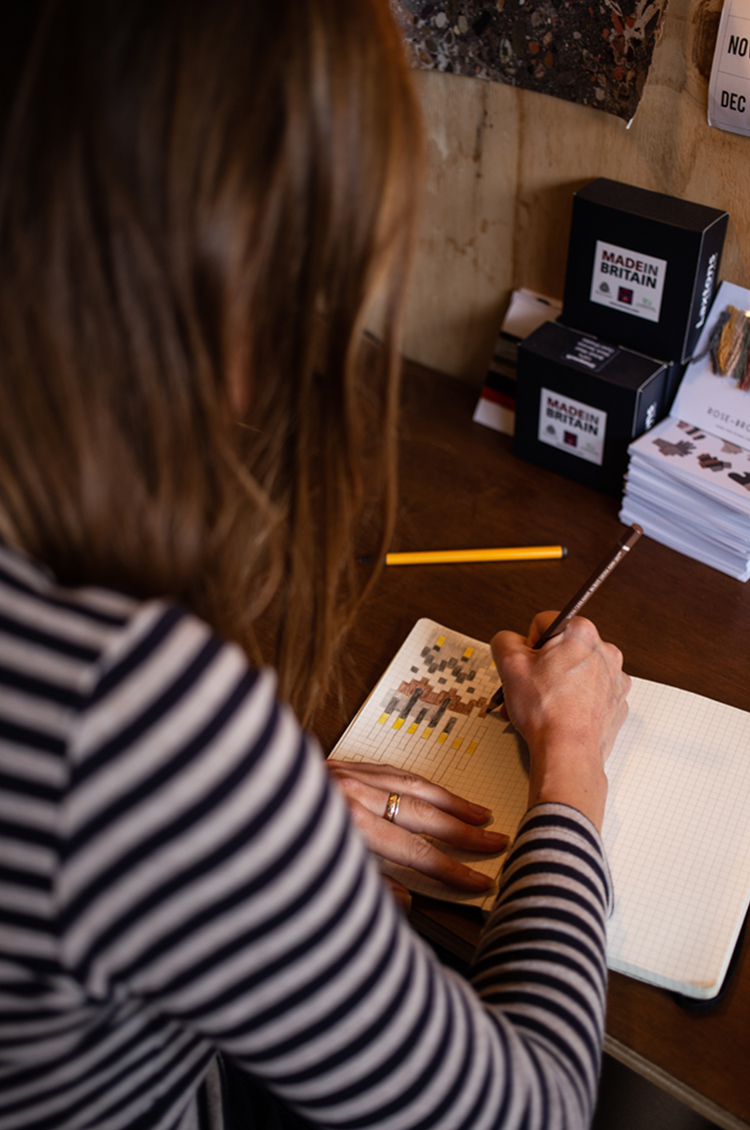 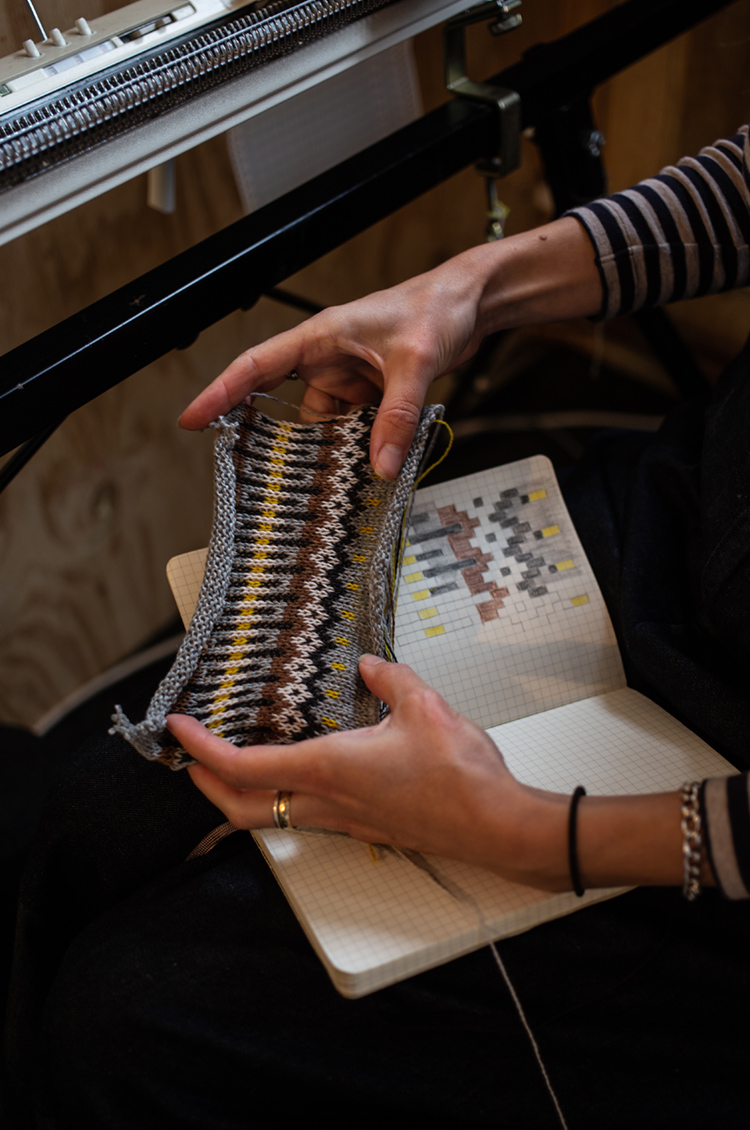 Q: Establishing yourself as a British maker was the first step of your brand but how did you decide who you’d want to partner with to make your pieces and to source your yarns?

A: “I was naturally interested in doing as much as I could from within the UK. While I design and sample everything by hand here in my studio, I hoped I’d grow to a point of needing a manufacturer to knit my pieces en masse. I’d wrongly assumed the spinning industry had faded in the UK and wondered if I’d struggle with saying I would only work with beautiful yarns like pure cashmere or luxury wools, but I found a family-run mill that I’ve worked with for many years until recently. I started out wanting to only work with wool from British sheep too but soon found that wasn’t feasible. Most British fleece is coarse and quite itchy so you find it’s largely used in carpets and outwear – you’d literally get itchy feet!”

Q: From where then did you end up sourcing your yarns?

A: “It took a great deal of research as I of course wanted to only work with an ethical provider who was anti-mulesing. It takes a lot of digging, a lot of question-asking and a lot of certification-checking. I eventually found a UK mill who spins fleece from a certified farm in South Africa and have never looked back.”

Q: You mention you stopped working with your sock manufacturer. Why was that?

A: “They’re a specialist sock factory and have been hit really badly by the pandemic so have had to concentrate on their own label and their biggest customers. The little people like me got dropped so it’s been a bit of a nightmare if I’m honest, especially as my head hasn’t quite been in things as much with the baby [Rose welcomed her firstborn into the world a matter of weeks ago].  I’ve now moved all production over to my other lovely manufacturer, who’s also based here in Britain.” 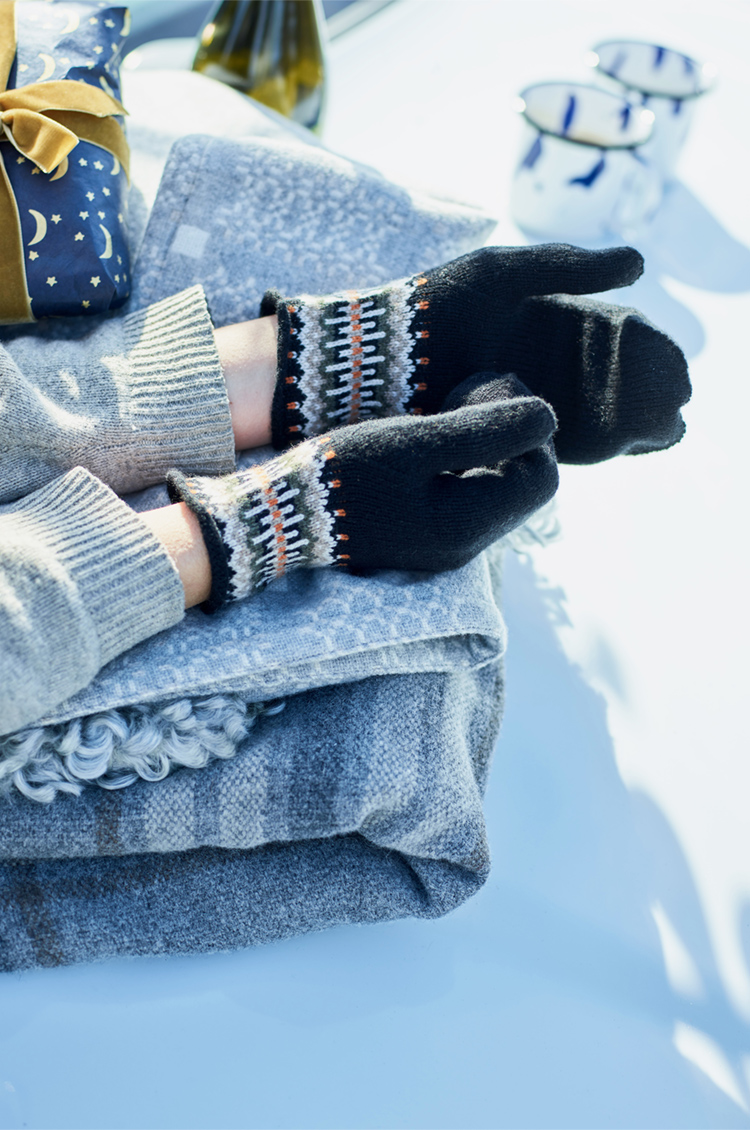 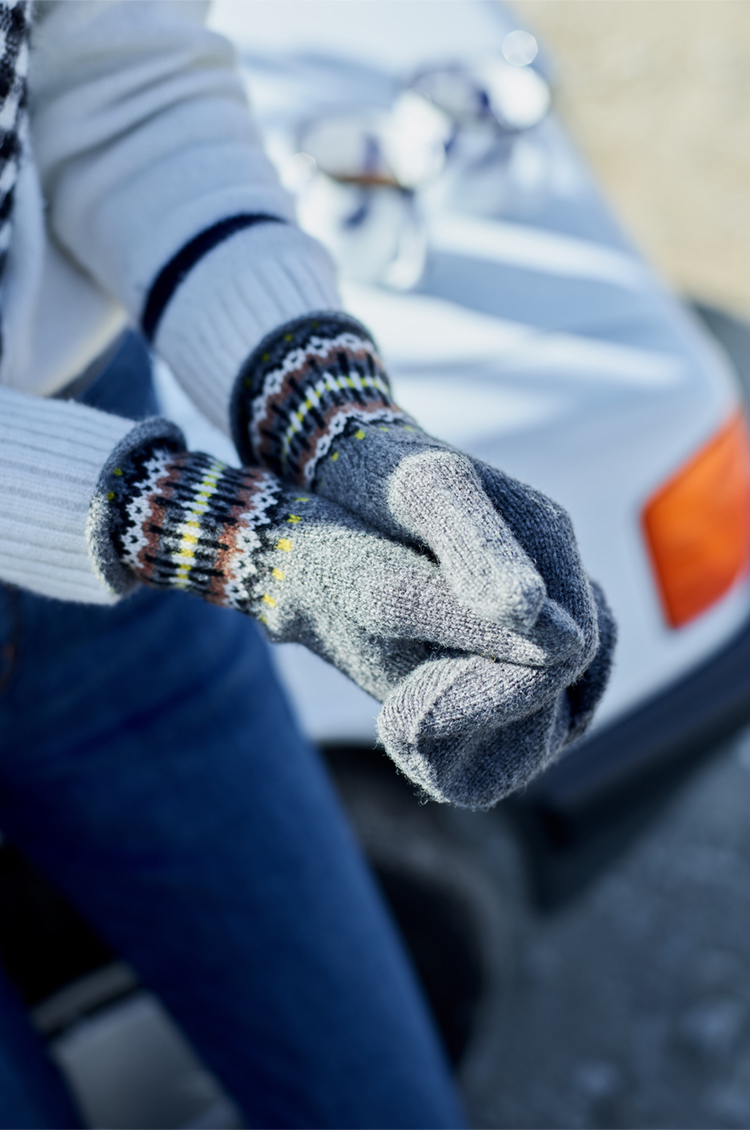 Q: What goes into making a Rose Brown pair of mittens? Are there lots of steps in the process? And is it all done by hand?

A: “Parts are done by hand but to do all of it by hand would be impossible – it’d take me the best part of a day to make a single mitten (they’re trickier to make than my socks as they’re a finer yarn and have a colour change at the wrist) which probably isn’t the best business model! It all starts with a drawing and a moodboard. I have a new book for each new season and it’s my playground. I colour in, draw spider diagrams of ideas and when my book isn’t within reach, I do the same on backs of receipts on boring car journeys to transfer over later! Once I’m happy, I sketch up maybe three or so onto a Mylar sheet (that’s basically an ancient way of programming patterns into a machine like my Seventies’ one) and then do a few crude samples on my machine here in the studio. I’ve had this machine for seven years now. It broke once and I was terrified as they’re not in production anymore – smoke, pops, bangs and everything. My dad fixed it for me, thank goodness. Once the samples are finished, I send them to my factory who turn it into a full production line. So, in summary, lots of daydreaming, lots of drawing and then a nice mix of me knitting at my machine and my factory making it possible for me to turn one sample into many.”

Q: If you had to say what your favourite part of the process is, what might you pick?

A: “Sampling, easy. I do it the most infrequently and so when I do, I don’t rush it but relish it. A rushed design is often a bad design and that’s a waste of yarn, which doesn’t sit well with me. When it’s me and my machine, I find it so calming, even though I always seem to end up knitting my hair! Perhaps I need a hair net…”